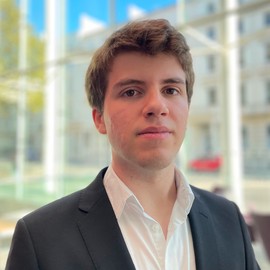 Luís Marques is an Undergraduate Researcher at the Transport Systems and Logistics Laboratory, since July 2021. Luís leads the development of control stack for TSL’s robotic fleet. His current research focuses on enhancing autonomous systems with safety guarantees through the use of control barrier functions. He previously worked on bridging the Reality Gap of multi-agent systems.

Luís is studying for a MEng in Aeronautical Engineering at Imperial College London. He was previously involved in Imperial College London Rocketry (ICLR), where he served as both Payload & Electronics Engineer and Safety Officer. Luís is doing his thesis on “Bimanual Manipulation for Assistive Robotics” with the Personal Robotics Laboratory.